If you are considering getting a divorce, then unfortunately we have some bad news for you. As of Monday, 21st March 2016, getting a divorce just became more expensive. Last summer, the Ministry of Justice consulted on a round of court fee rises, including a proposed 34% rise in divorce fees from £410 to £550. Those increased charges were applied on 21st March 2015.

A spokesman for the MoJ told the press that both Houses in Parliament had now approved the fees. He said that the increase would come into effect across all divorce units on 21 March. Unfortunately family lawyers only learnt that the fee increase would be implemented last week when they received emails from the divorce units, telling them of the increased fees just days before they were due to come into effect.

Jo Edwards, Chair of family law organisation Resolution had previously told MPs last December at a House of Commons justice committee hearing on court fees that any increase would constitute a ‘tax on divorce’, as couples wanting a divorce – unlike other court users – would have no option over paying the fees. Unsurprisingly, she was scathing about the increased charges, saying:

“The stealthy implementation of the hike in divorce fees, from £410 to £550 (after an increase only two years ago) is scandalous and not backed up by proper impact assessment.”

“As a result of the steep increase, many people currently in the process of separating will have received incorrect information as to the charge for lodging a divorce petition and, in reality, won’t have time to get their petition in before the fee increase takes effect.”

She added that she felt the government should have been more patient and waited until at the very least the House of Commons justice select committee had published its findings into the inquiry on court fees:

“Instead, the way in which this has been gone about, with no formal consultation or announcement, demonstrates a shocking lack of transparency from government. The manner in which they’re implementing this increase, by calling courts today and instructing them to charge more from Monday, is not how a responsible government department should act.”

Should you wish to arrange for a free initial consultation with a family law expert, please contact us on 01457 835597. 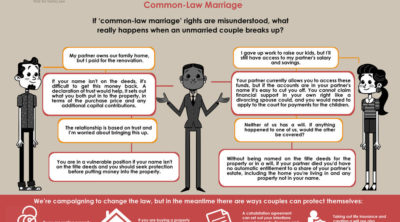