Have you ever heard of the legal term chancel repair liability? The chances are the answer is probably not. Not too many people have, and even fewer actually understand what it actually is. Yet, if you’re thinking of buying a property, it’s a search issue, just like the other more-common local, environmental, drainage and mining searches, that your solicitor may need to look in to during the course of a domestic conveyance. So what is chancel repair liability?

A Chancel search is carried out by a solicitor during a domestic conveyance to establish whether or not the property a buyer is proposing to purchase might be affected by a potential “Chancel Repair” obligation to the local Parish Church. Chancel repair obligations stem from the medieval period, where land once owned by the Church to fund the local rector, was sold: after sale, the new owner then took on the repairing obligation attached to that land.

So which properties could be affected by chancel repair liabilities? Well, basically any property located within the boundaries of a Parish where such a liability exists could be “caught”. What obligations does a chancel repair liability invoke? Well, they’re mainly financial obligations which involve having to pay for the upkeep and repair of the chancel of the local medieval parish church.

Whilst medieval legal obligations may seem somewhat anathema and redundant in the 21st Century, they can nonetheless prove costly, so it’s important that your solicitor checks out the matter thoroughly. In the case of Aston Cantlow v Wallbank, 2003, the Church sought payment from the owners of the rectorial land (it was part of a property called Glebe Farm) to repair the chancel of the local mediaeval Church. The owners of the rectorial land (known as lay rectors) did not contest liability but pleaded that the bill was unfair and arbitrary and therefore refused to pay. What was originally a £6000 bill quickly increased to £186,969 by the time the Law Lords heard the case as the structure continued to disintegrate.  The Church eventually won the case, and the final cost was calculated to be close to £500,000 including legal fees.

What sort of Chancel searches might your solicitor commission?

A solicitor can commission one of two Chancel searches: a Chancel Check search and a Full Chancel search. The basic Chancel Check Search reveals whether property is located within a parish that could charge for repairs to the chancel. It does not, however, show whether or not the actual subject property is located on land that has this responsibility. Never the less it does indicate a certain level of risk. The Full Chancel Search is much more expensive, but will reveal whether the actual subject property is liable.  If it is, then the solicitor would need to register this liability with HM Land Registry.

What happens when a Chancel search comes back positive?

If a property proves to be subject to a chancel repair liability it is possible to obtain indemnity insurance to insure against future claims being made against the property owner. A solicitor would provide a client with full details and a quotation about costs if this were the case.

The Law Commission recommended the abolition of Chancel repair liability back in 1985, after extensive consultation with the Church of England Synod. A gradual phasing out of the liability was proposed, but has yet to be acted upon. Changes to Chancel search repair liability brought under the 2002, Land Registration Act in 2002, came into effect in October, 2013. The new regime required PCCs (Parochial Church Councils) to register any such liability at the Land Registry before 13 October 2013, in order to avoid losing overriding interest status and to bind successors in title. However, chancel repair liability only ceased for those who purchased affected land after 12 October 2013 and who registered the transfer before a PCC attempted to register the liability. In July, 2014, the Chancel Repairs Bill received its first reading in Parliament. The Bill was introduced in order to abolish the liability entirely. However, a date for the second reading of the Bill has yet to be scheduled.

How do I protect my home in my Will? What can I do about care home fees?
Tags: Care Fees, how to own a property, Protect my home
Categories: Blog, Clients, Wills and probate 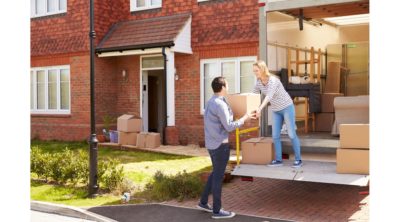