Personal injury lawyers have welcomed news that the government has finally conceded that it cannot meet its own timetable for introducing fixed fees for clinical negligence cases.

Health Minister, Ben Gummer, had previously announced that it was the Department of Health’s intention to introduce fixed recoverable costs for clinical negligence claims from 1 October, 2016. A consultation on the proposals was supposed to have started last autumn, but that failed to materialise. The Association of Personal Injury Lawyers (APIL) has now announced that it had received ‘welcome confirmation’ from Mr Gummer that the introduction of fixed costs will not now be implemented on 1 October.

In response to this unexpected news, the association said:

“The Department of Health has acknowledged that the delay in publication of its consultation on this matter means an October implementation is not achievable. This will be a considerable relief to our members who will need time to prepare their businesses, and provide clarity and certainty for clients about changes to how cases are to be costed and conducted.”

The Association of Personal Injury Lawyers added that it will continue ongoing talks with the department about how the NHS can save money without compromising on access to justice for injured patients. A spokesperson for the Department of Health told the Law Society Gazette that a new consultation will be published later this year.

Law Society chief executive Catherine Dixon said the Society was fully supportive of APIL&#39;s request to move the 1 October implementation date, given that the consultation had not been issued yet:

“We have always stated that any new regime involving fixed costs for clinical negligence cases should enable practitioners to appropriately plan and implement any changes. We suggested 18 months as a minimum from when the changes are agreed. However, much will depend on the impact of the changes.”

“We continue to work closely with APIL, the Society for Clinical Injury Lawyers, Action against Medical Accidents and the Forum of Insurance Lawyers to ensure that people who have been harmed through no fault of their own by negligent NHS care are able to receive compensation to help them and their families get back on their feet.”

“Ever since the October deadline was announced it was obvious that any implementation was going to be too tight.”

“It would be very ill-advised, if not downright irresponsible, for the government to introduce a fixed- costs regime without adequate consultation, particularly given that the impact of the Jackson reforms is still to be assessed.”

Say added that lawyers’ fees were already “tightly controlled, capped and limited” as a consequence of the Jackson reforms:

“To seek to introduce further and somewhat draconian changes without waiting to see whether the introduction of costs budgeting will lead to the necessary improvement must, from any angle, be considered to be somewhat misguided and misconceived.”

Lord Dyson, the master of the rolls, had earlier voiced concern about the prospect of the Department of Health heading the move towards fixed fees. Speaking at a Law Society event in Leeds he said that, while he had been ‘convinced for some time’ that the scope of fixed fees should be extended, it was ‘wrong in principle’ that the department ‘should steal a march over all other bodies in leading the way here’:

“I think [the department] is suggesting and consulting on a proposal to extend [fixed fees] to claims up to £250,000. But it just seemed to me wrong in principle that clinical negligence litigation should be treated as a special case.”

“Defendants in all sorts of other litigation are just as concerned and exercised by the cost of litigation, and have just as much a keen interest in knowing what their liability for costs is likely to be capped at by a fixed-costs regime as is the Department of Health.” 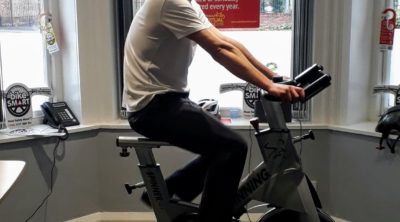