Under the current UK interpretation of the EU-wide Working Time Directive, in particular the Working Time Regulations implemented in the UK in 1998, only basic pay counts in the calculation of holiday pay.

However, this interpretation may have to change following a ground-breaking ruling at the Employment Appeal Tribunal. Ruling on 3 separate cases brought by workers, the tribunal decided that the Working Time Directive had been incorrectly applied, and overtime should have in fact been included when calculating holiday pay.

This means some people working overtime could claim for additional holiday pay.

The tribunal also ruled that workers can make backdated claims, but only for a limited period. However, it should be noted that the ruling could yet be referred to the Court of Appeal, which means that a final declaratory judgement on the matter may yet be years away.

Why is this ruling so important? Well, simply because of the number of workers who could potentially make a future claim against their employer. According to the official ONS breakdown, of the 30 million working adults in the UK, 5 million people do compulsory or voluntary overtime. Of those, 23% of men working full-time and 15% of men working part-time do overtime: whilst 12% of full-time working women and 15% of part-time working women do overtime.

The Trade Unions, however, were understandably happy with the tribunal’s ruling, with Howard Beckett of the Unite Union telling the BBC:

“Up until now, some workers who are required to do overtime have been penalised for taking the time off that they are entitled to. This ruling not only secures justice for our members who were short changed, but means employers have got to get their house in order.”

The reactions from government and businesses were somewhat less enthusiastic. The coalition government and business groups had argued strongly that overtime should not be included in holiday pay calculations. They were particularly concerned about a raft of back payments potentially going back many years. However, backdated claims have been limited, with the tribunal ruling that employees cannot claim more than three months after the last incorrect payment.

Speaking after the ruling, Business Secretary Vince Cable said he would be setting up a task force to assess the impact of the ruling:

“Government will review the judgment in detail as a matter of urgency,” he said.

“To properly understand the financial exposure employers face, we have set up a task force of representatives from government and business to discuss how we can limit the impact on business.”

Speaking on behalf of business, John Cridland, the CBI director general, however, was forthright in his criticism:

“This is a real blow to UK businesses now facing the prospect of punitive costs potentially running into billions of pounds – and not all will survive, which could mean significant job losses.”

“This judgment must be challenged. We need the UK government to step up its defence of the current UK law, and use its powers to limit any retrospective liability that firms may face,” he added.

It seems likely, given the huge financial implications of the ruling, that employers will lodge an appeal. According to Jean Lovett, employment and incentives partner at the law firm Linklaters:

“The potential financial implications for many employers will be significant. We envisage that the tribunal’s decision will not be the last word on this issue. As significant sums are involved, we expect the decision to be appealed.”

“Due to the costs involved many employers may now look to reduce the availability of overtime, where feasible.” 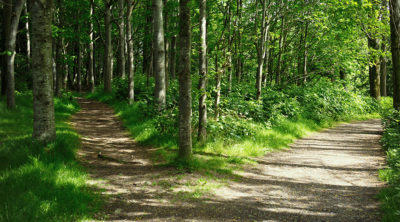